These cinnamon walnuts are light, crunchy and quite sweet. In addition to being a good snack, it is a good complement for your salads or vegetable garnish. Homemade gift ideas are also a good option. This recipe is definitely sweet, but you’ll see that it is balanced with plenty of cinnamon and a little salt. The first bite will not take 10 minutes to make this sweet snack you feel is in an harmony. It can be a little difficult to wait for the walnuts to slowly crisp in the oven. 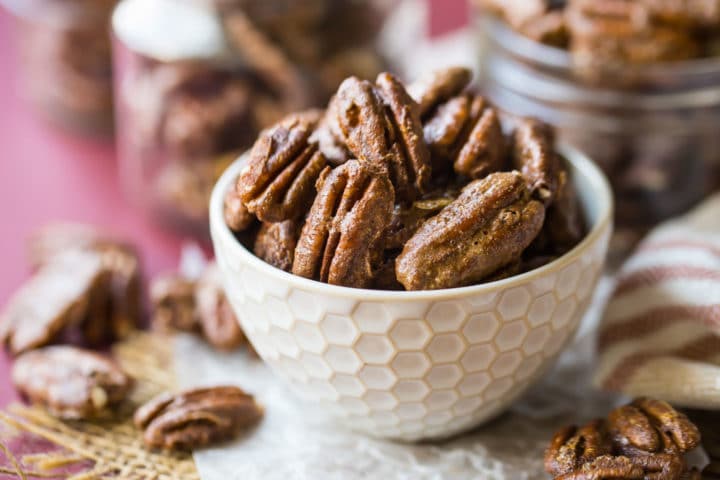 What is pecan and what is its benefits?

Walnut recipes are quite a lot, but we recommend you try this recipe with pecan walnuts. Pecan is a native American hickory (American walnut tree) species in Northern Mexico and the Mississippi River. This tree grows in South America for the US, especially in Georgia and in Mexico, which produces about half of the world total. The original name of Pecan ”comes from the word “Algonquin” which means “nut that requires a stone to crack”. Pecan, especially in the diet of the kitchen has a large place. Most of the Native American tribes believed that walnuts were a basic food in autumn and winter, and even traded the walnuts in monetary terms. It is a nutrient containing high antioxidants and omega-6 fatty acids, which are thought to protect heart health, reduce cholesterol and help prevent such diseases. A study published in the September 2001 issue of the Journal of Nutrition found that eating a handful of walnuts per day had cholesterol-lowering effects similar to the leading cholesterol drugs. While the content of pecan walnut was high in protein and fiber, the saturated fat was low and this situation was popular for vegetarian peppers. makes an alternative source of protein. Pecan also has many vitamins and minerals such as thiamine, magnesium, phosphorus and manganese. 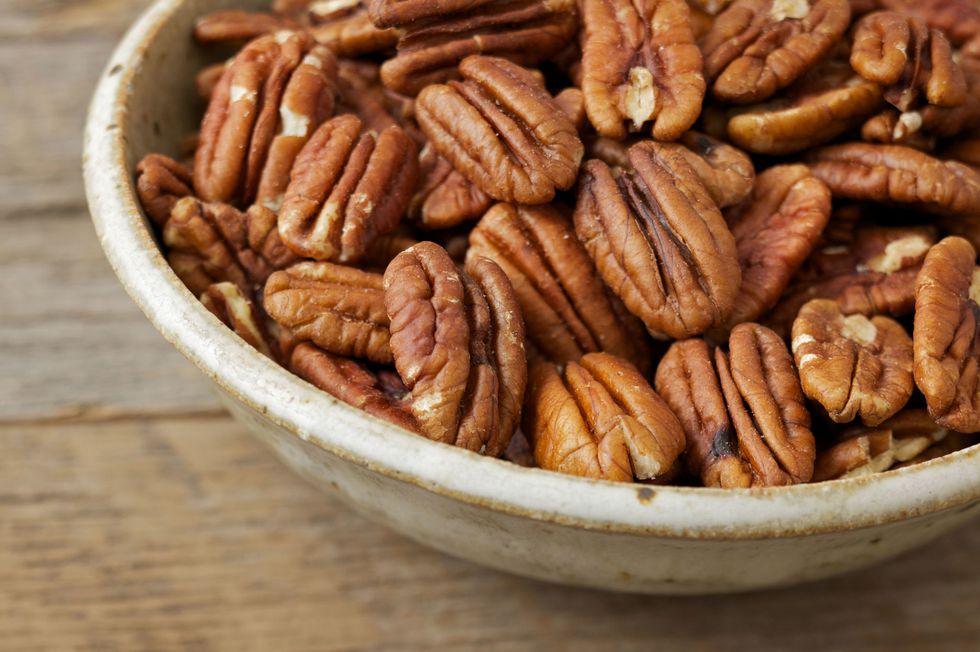 I put small bows all over the house so that kids and guests can easily snack. They’re perfect for this kind of use, but I also like to add these nuts to salads. It also gives a nice crispness and sweetness. It is also really great for garnishes or vegetables. Try to sprinkle a little on roasted sweet potatoes or green beans. However, the most favorite feature for us is that it can be a homemade gift. If you prepare more of these cinnamon walnuts, put them in glass jars or transparent cellophane bags to give your favorite friends a gift and tie them with a beautiful ribbon. Who wouldn’t want to buy a gift like that? 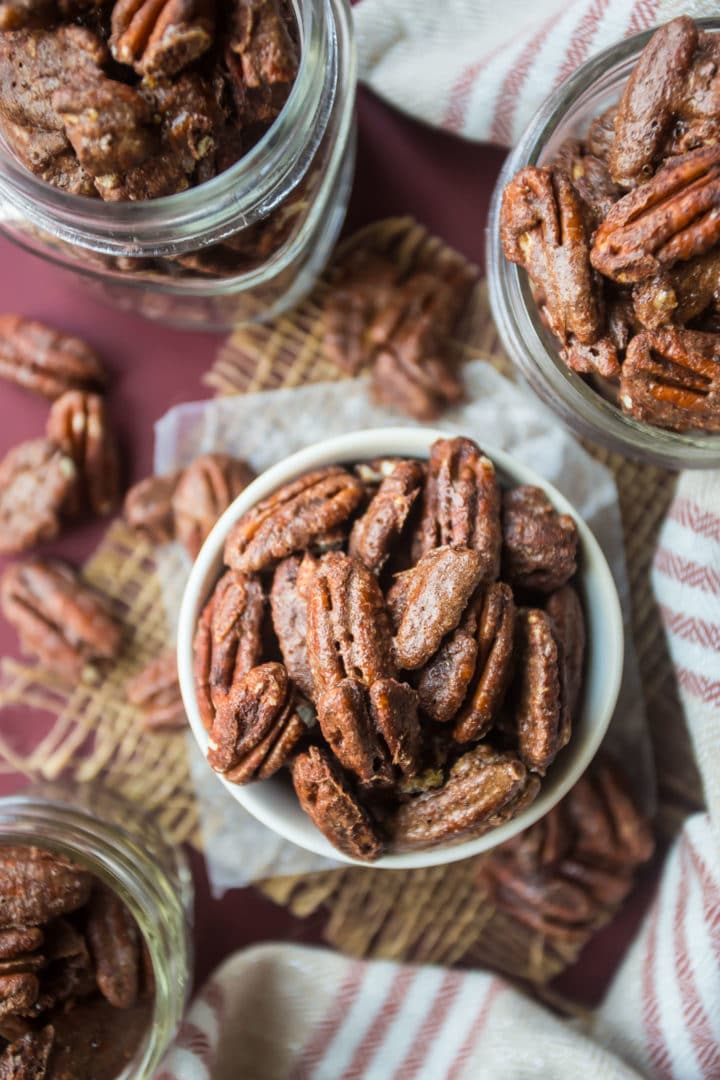